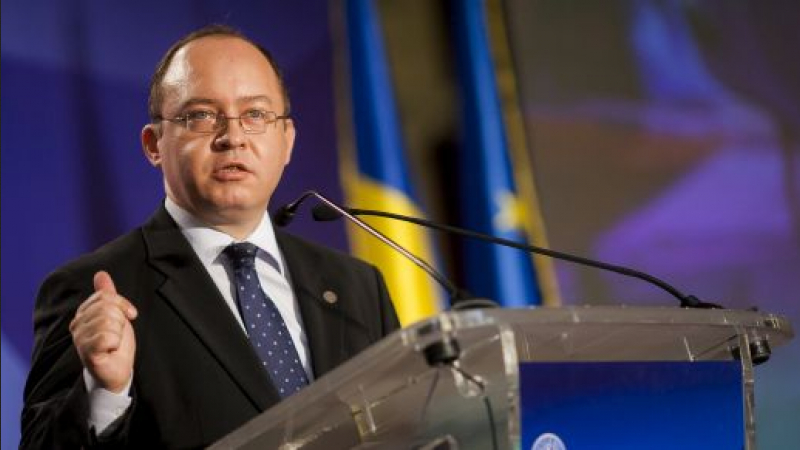 Foreign Affairs Minister Bogdan Aurescu conveyed on Tuesday a message occasioned by the Romanian Principalities Union Day, stating that in these times, just as 164 years ago, the role and contribution of diplomacy and diplomats, even in the conditions of a genuine „diplomacy of war,” remain essential in order to achieve Romania’s major goals.

„The Romanian Principalities Union Day, a fundamental historical event for the course of the modern Romanian nation, offers us the opportunity to honor the efforts of previous generations, who fought for the ideal of establishing a strong unitary national state, but also for its international recognition. Furthermore, the Romanian Principalities Union Day is a moment of reference in remembering and reaffirming our commitment to the founding principles of modern Romania: unity, solidarity, dignity and social cohesion,” the head of Romanian diplomacy underscored.

He said that „in a difficult international context, marked by almost one year of illegal, unjustified and unprovoked aggression by the Russian Federation against Ukraine, solidarity and cooperation continue to be essential in order to manage all challenges, along with defending the democratic values which define and which we must protect, as well as supporting the enforcement of the international law norms and the rules-based international order.”

„In these times, just as 164 years ago, the role and contribution of diplomacy and diplomats, even in the conditions of a genuine ‘diplomacy of war’ remain essential in order to achieve our country’s major goals, in order to strengthen the international profile of Romania as an active, responsible and solidary state, deeply integrated in the European and Euro-Atlantic space of security and values, but also to protect the well-being and security of Romanian citizens. This profile was strengthened under the conditions of Romania’s multidimensional support efforts for Ukraine and for the Ukrainian citizens, who are seriously tested at this moment,” Aurescu stated.

In this context, minister Aurescu highlighted the ambition and determination of the Romanian diplomats to continue to act in view of achieving our foreign policy objectives, based on the three fundamental pillars of our actions – increasing Romania’s profile within the EU and NATO, strengthening and expanding the Strategic Partnership with the US, as well as further identifying the most useful and innovative instruments to support security, stability and prosperity of Romania and its citizens.

„In 2022, we celebrated 160 years of modern Romanian diplomacy, established with the formation of the first Government and the first Legislative Assembly of united Romania, on 24 January 1862, evoking throughout the year personalities and fundamental values of diplomatic action. The professionalism and dedication of the diplomats who marked the history of our institution and who contributed to the achievement of national objectives, but also the firm will and the strength of the solidarity action of the historical moment of 24 January 1859, are guiding us in fulfilling our mission, representing, at the same time, ideals and benchmarks for us and for the generations to come. Happy birthday, Romania! Happy birthday, Romanians!,” the minister concluded. AGERPRES