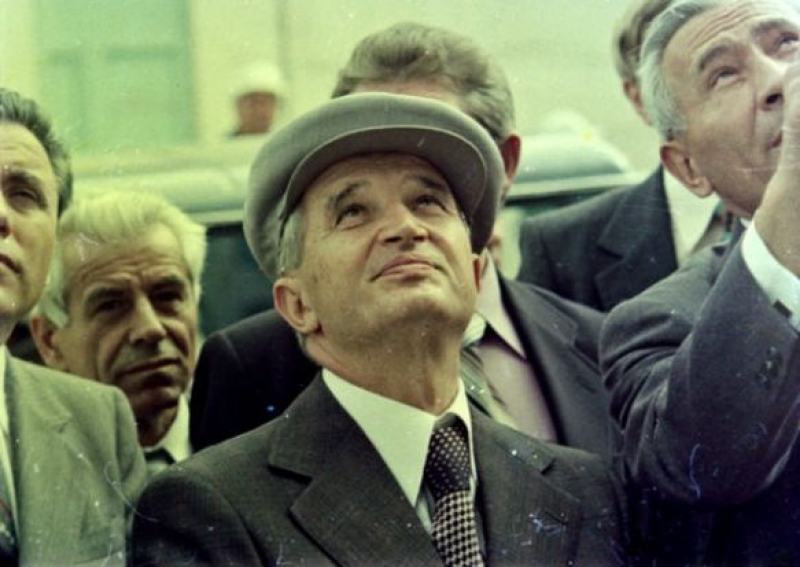 The well-known collector from eastern city of Braila, Nelu Ivan, owns the book with the only autograph given by the former president Nicolae Ceausescu, which happened in November 1989, on the occasion of his last working visit to Braila, at the Pulp and Paper Mill.

„Nicolae Ceausescu visited the Braila Pulp and Paper Mill, and during this working visit he signed his first autograph on a unique book, which is currently in my collection. Shortly before this visit, a foreman who was working at the Cardboard Factory had gone on a delegation to Scanteia (the newspaper of the communist party, ed. n.), where he had taken a prototype book straight off the tape, which had just come off the printing press. The history of this book would be a special one, because it is the one to whom president Nicolae Ceausescu gave his only autograph,” Nelu Ivan declared for AGERPRES.

The book that Nicolae Ceausescu autographed is called „The Process of Revolution and Socialist Construction in Romania” and it didn’t have time to be released, because the Revolution came, only five copies were issued from it, among which the most valuable one is in the collection of Nelu Ivan.

„The foreman came up with the idea to get Ceausescu’s autograph while he was visiting the plant. He went with the book to the office of the general director of the plant, Gheorghe Nicolau, where he knew that Ceausescu was, but several Securitate (political police, ed. n.) officers were at the office’s door and did not allow him to enter. They asked him what he wanted. ‘I want to get to Comrade Nicolae Ceausescu to get his autograph,’ he said. The Securitate officers laughed, and one of them said to him: ‘Hand me the book!’ and entered the office. When he entered the office, Ceausescu asked him: ‘What’s going on?’. ‘A comrade from the factory wants an autograph on this book,’ the Securitate officer answered and handed him the book. Ceausescu took the book, studied it and would have said, ‘This is my first autograph!’ He took out the red ink pen and autographed his name on the Introduction page, where there was a quote. The whole scene was confirmed to me by the director Nicolau, who was my chess rival. I had arranged with him to write on the last page how everything happened, but he didn’t get to, because in the meantime he died,” Nelu Ivan reports.

The collector mentions that he managed to get possession of the book in 1993, when the foreman who owned it needed a favor, which Nelu Ivan did him, and in exchange he asked for the autographed book.

Nelu Ivan, founding president of the Dunarea Braila Philatelic Association, is 76 years old and has been collecting stamps, medals, banknotes, coins, rare books, art objects for 45 years, but his most impressive collection is the philatelic one, which contains millions of postage stamps from all over the world, including the famous Mauritius stamp, estimated at over 1 million euros.